This is the story of Hanna Simko.

Hanna’s parents, Tim and Christina Simko, are extraordinary individuals, who, like many parents of brain injured children, have devoted their lives to finding possibilities for Hanna.

Please click on the links below for an inspiring interview with them. They both share generously the story of Hanna’s birth, her brain trauma, and how they found the Feldenkrais Method and MBS Academy.

Thanks to Soeun Grace Doh, MBS Trainer, for creating these videos during the Master Practitioner Training held at Mayacamas Ranch, California, August 2010.

In the interview Hanna’s parents speak of their challenges as well as their excitement and joy while working with MBS Academy to bring The Feldenkrais Method to Hanna’s life. With the help of Mia Segal and Leora Gaster, Hanna, an upbeat 3 year old, is learning to work through the effects of her cerebral palsy. Against all odds her coordination, pliancy and motor abilities are steadily improving.

Hanna’s parents first brought her to work with Mia and Leora in the fall of 2009, during the Master Practitioner Training in Austin, Texas.  At that time it was apparent that Hanna had little control of her motor skills and her eyes were unable to focus.  She was 2 years old and was more like a baby then a toddler. In the process of those first few days, as you will hear in the interviews and read about in the article, she began to respond to her environment by turning and looking and beginning to push with her feet, getting ready to crawl and stand. There have been even more changes after the latest session at the Master Practitioner training August 2010. We will continue to show the progress of Hanna in an upcoming youtube!

It has been an enjoyable experience for all who have been witness to her progress. They have observed her confidence increase and her frustrations dissolve, as she explores and understands how she can find an easier and more comfortable way to move which helps her to explore the world around her with her natural curiosity.

Stephanie Buffum, MBS Master Practitioner, wrote a brief description of the joy in observing Hanna and her desire to work past the challenges her brain trauma have left her with.

The Story of Hanna; an amazing child with cerebral palsy

Hanna and her parents had arrived at our advanced training in Austin on a rainy morning. The mother, Christina, smiled and attempted to keep Hanna engaged with smiles and songs. The little girl had a light mahogany complexion, like her mother, and soft curls. Even though this little daughter, having been deprived of oxygen at birth, was clearly not moving normally, she could momentarily focus her eyes, and for that short time she was present.

The day Hanna was brought to class she appeared to be an infant even though she was two years old. Cyndi, my Feldenkrais colleague from Texas, had been working with the child for six months at the clinic where she was employed.

“Every person needs to be able to feed themselves, dress themselves, and attend to their own bathroom needs in order to have a minimum quality of life,” Cyndi said, “and Hanna isn’t able to bring her flailing hands to her mouth.”

The young couple hoped that Mia Segal who had been Moshe Feldenkrais’ assistant in Israel for many years and had fifty years of experience as a Feldenkrais practitioner could help Hannah. Mia, with her daughter, Leora Gaster, had compassionately arranged to work with the little girl several times a day for four days of the workshop while our group of thirty students watched.

They used the Functional Integration method where developmental movement patterns are introduced to a person’s nervous system where they reorganize and integrate with the movement already present. Many times I had watched patiently as a master Feldenkrais practitioner gave Functional Integration lessons to adults, but I had never experienced this remarkable method being used with a young child.

Leora started on that first morning by softly repeating Hannah’s name. I remember thinking, There is so little to work with. As the child lay on a soft blanket, she was a limp curved line with no bending at the joints, and no eye contact. She seemed uncomfortable and whimpered in low tones as we gathered around. There was a quiet reverence in the room; I think we collectively knew that even a so-called damaged girl has a way back to herself.

Leora began to give Hanna a sense of her hands, arms, and chest by gently touching them with short, light strokes, gradually increasing the length so as to connect them in one long line while she sang, “Hanna, this is you – Hanna, this is you.” The session progressed quickly with the raising of both arms above her head, and movement being introduced directly on the lower spine, while the child cooed with the movement and whined when Leora didn’t move her fast enough. Hanna’s graceful mother sat on a mat close by, and when her daughter grew tired and began to fuss, she picked her up and took her back to their room where the little girl slept for several hours.

The next morning as Leora began to work with Hanna, it was clear that the little girl was stronger and didn’t look like a baby anymore. The first thing I noticed was the extension in her legs as she pushed against the floor with her feet. She wanted to stand, but Leora knew that she would need more pieces of the developmental puzzle before the child could manage such a feat. Moving her small skeleton in the many different sequences that were so familiar to the

group, Leora told us that she was making Hanna aware of her ableness. Hanna’s appetite for this information was enormous, but eventually she grew tried and session two ended.

Leora had been a young child growing up in Israel when Moshe Feldenkrais was developing his method with her mother, Mia Segel. Moshe became a close family friend, tutoring Leora in mathematics and science and including her in his movement experiments. Leora had been raised and steeped in the method.

In the dining hall at lunch, the young family sat at a table with Mia. Soon our attention was drawn to Hanna, who Mia had placed in her own lap. She moved the girl from her spine, integrating flexion, extension, and diagonal movement through her attentive nervous system. I watched for a while and then turned back to my lunch. When my gaze returned to the pair, Hanna was sitting upright in Mia’s lap and was leaning on her elbows which were on the table in front of her. Across the table sat Hannah’s father in tears.

What we witnessed was not a miracle. A child’s nervous system has a plasticity that easily and quickly allows change and learning. The movement was already within Hanna; It is part of our human heritage, and Leora and Mia were only reminding her nervous system that it was there. In the days remaining, we saw Leora and Mia working together to introduce more movement patterns.

One day Leora moved Hanna to a supported sitting position and began to move her pelvis in a rocking motion. Mia folded Hanna’s arms, pulled her forearms forward, and placed them on the floor. Together they were showing her how to crawl. They focused on showing her who she was in relation to the floor, which the child had never experienced before. She was becoming independent. A highlight occurred when she turned her head left and then right and reached left and then right for her father’s camera. On the last day as we all sat close together in a circle, Hannah turned her head and looked directly at Mia and waited for her to touch her, to move her.

Moshe used the obscure Jewish word, schichlool, in naming his best-known book: Awareness Through Movement, but it’s meaning was lost in translation. Schichlool means improvement in the elegant way a master craftsman hones his skill, an endless journey toward perfection. In Austin I saw schichlool everywhere: in the determined eyes of a little girl, in the knowledgeable hands of a mother and daughter, and in the commitment to learning of the students. 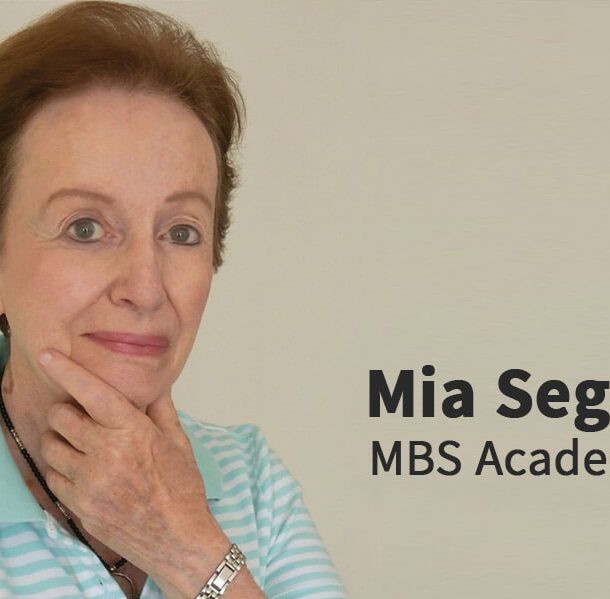 From the pen of MIA SEGAL: A Brief Overview of Mind Body Studies
Previous Article 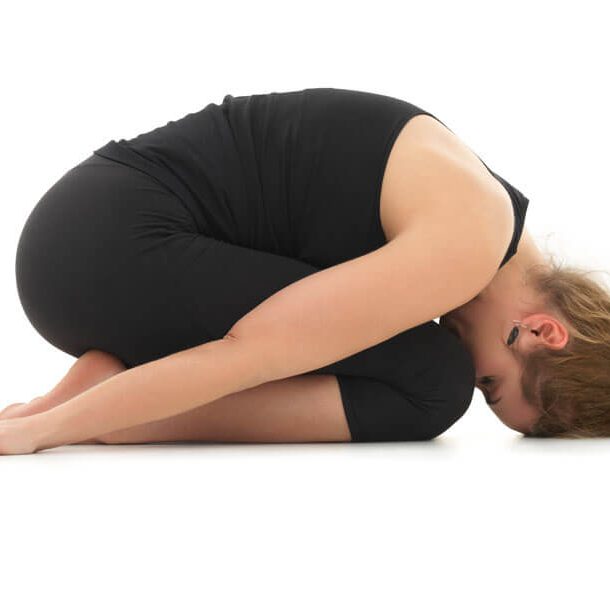 States and Stages
Next Article
Get news and promotions first

Unlock your potential and heal your pain by Reverse Engineering your Body and Brain.